6 Ways Dolce & Gabbana and the Fashion World Is Embracing NFTs 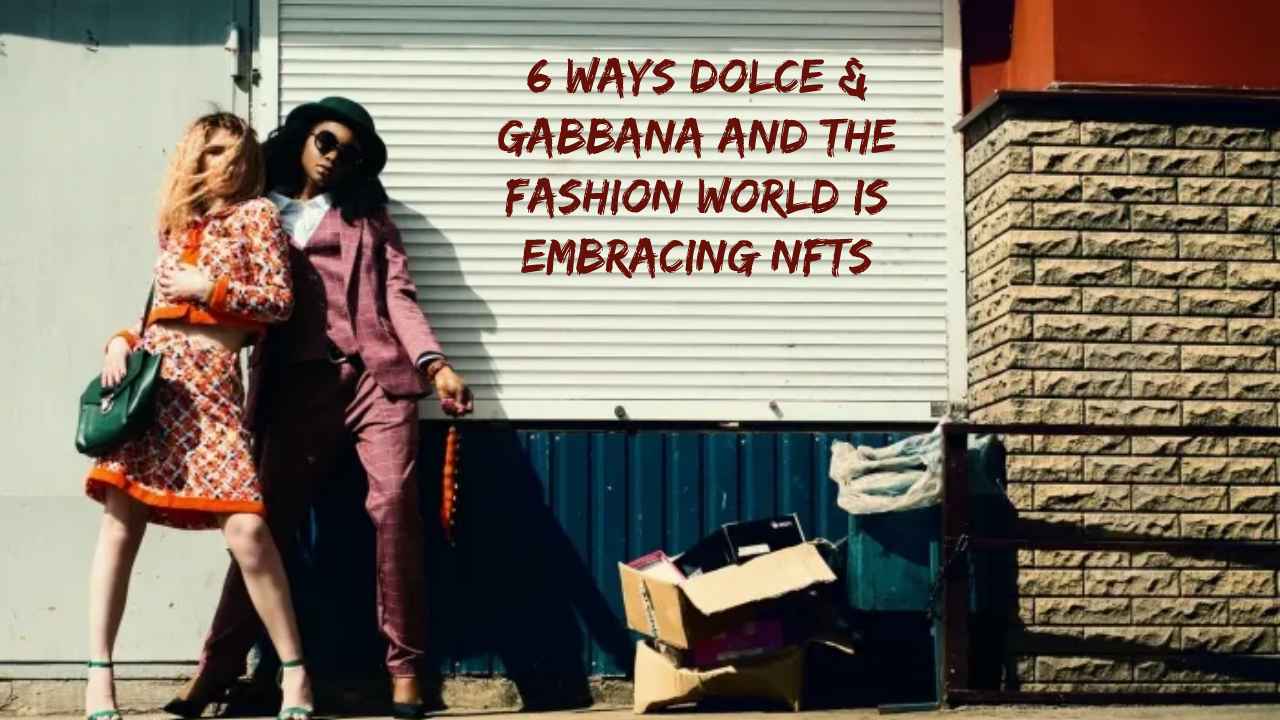 People love collecting things. It was inevitable that one day, people would collect creations in the virtual world as well. Because people can copy digital creations, their value is in their originality. A person who has tangible proof of owning the original has something of value.

That’s the theory behind non-fungible tokens. Blockchain technology and complicated computer algorithms can now prove ownership of digital creations. They can verify that one person and one person only owns the original of any virtual artwork.

Many people look at NFTs as a way to own original virtual files. It doesn’t matter if people can download copies for free. Ethereum blockchain authenticates the NFT’s original ownership, and that’s enough for would-be collectors.

Fashion designers like Dolce & Gabbana are on the cutting edge of any hot new trend. Since designers create designs, it was only natural that they would get into the virtual world and NFTS. Here are some ways the fashion world is embracing NFTs.

Dolce & Gabbana conceived Collezione Genesi with the help of UNXD. UNXD is an exclusive marketplace providing digital luxury and culture. This collection includes nine pieces that are one-of-a-kind.

Designed by Domenico Dolce and Stefano Gabbana, these pieces are hand-made, museum-grade items for men and women. The collection also featured high jewelry. Those who purchased the NFTs received both physical and metaphysical works of art. They also got exclusive access to D&G events.

As for the pieces themselves, they’re meant to be wearable art and are inspired by Venitian glass. Dolce & Gabbana also has a virtual boutique experience.

Louis Vuitton created a video game to celebrate the designer’s 200th birthday. In this art-forward adventure, users can join Vivienne and see different colorful locations around the world. Gamers can collect candles. Each candle reveals stories about Louis and his family. It’s a fun way to collect 200 stories about the designer.

Gucci created a campaign called Aria. It’s an otherworldly collection with almost three-dimensional artwork and amazing optical illusions. Then Floria Sigismondi and Alessandro Michele created a film based on this collection. The film was eventually sold at auction for a hefty amount of money.

After its success with Dolce & Gabbana’s Collezione Genesi, UNXD Culture Fund now plans on creating more NFT collections. The company wants to collaborate with “marquee” names, so expect UNXD to work with other designers in the future.

Paula Sello and Alissa Aulbekova are the creative directors of AUROBOROS. It’s a London-based virtual fashion house. The company takes its name from the symbol of an ancient snake eating itself to represent eternal change. Such change is certain in this new virtual world.

This fashion house creates designs with the idea of imitating nature, also called biomimicry. These virtual designs grow through crystallization on a virtual body and then evolve further in the digital realm.

The designs are inspired by science fiction films and human anatomy as well as plants. Clients send in photographs of themselves and the company creates completely waste-free digital garments. AUROBOROS was the first digital label to compete with more famous designers such as Prada and Gucci.

Digital companies like H&M are trying to reach the younger generations who don’t respond to traditional advertising. The company’s solution is H&M Looop Island, a clothing recycling machine. Actress Maisie Williams, who played Arya in Game of Thrones is the company’s ambassador. When visitors arrive on the island of H&M Animal Crossing, “Avatar Maisie” will help them learn more about recycling. Visitors can also recycle their old clothes into new virtual outfits.

The purpose of the game is to encourage customers to recycle unwanted clothing into something new. Not only do they exchange clothing in the virtual world, but they can also recycle them in the real world as well.

The game has done well and has sold more than 31 million copies.

Fashion designers have always been about more than just clothing. Designers have always tried to create an image and an idea through the clothing they design. Small wonder then, that designers have moved seamlessly into the virtual world where ideas now have a monetary value. Expect even greater products with Dolce & Gabbana’s NFT collections.

Love Noodles? Give These Plant-Based Picks A Try

Helping You To Get The Very Best Nights Beauty Sleep