Why are Asian Eyelid Procedures So Popular? 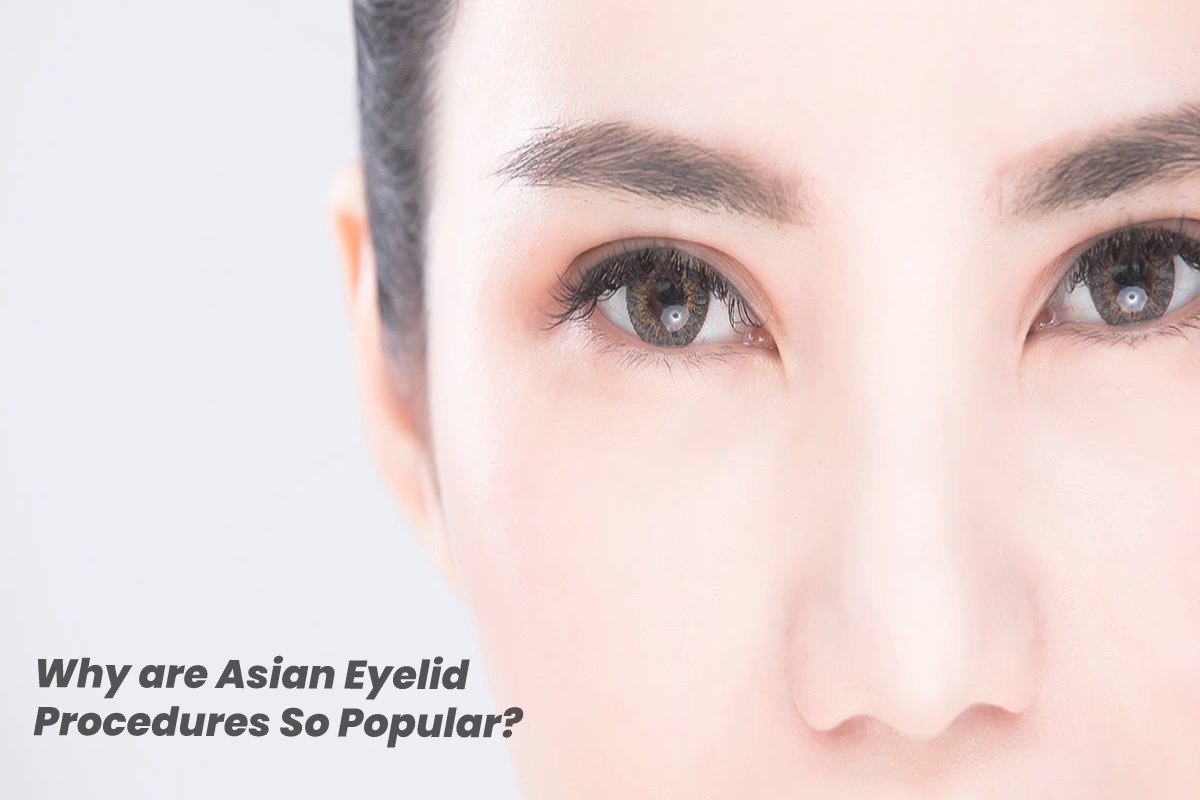 Asian eyelid surgery is a procedure in which a pre-tarsal fold is created in the eyelid so that the eyes appear larger. This procedure is very popular amongst Asians, as the name implies.  By improving the eyelids, it aims to erase or decrease indications of aging signs on the face. By eliminating drooping eyelid skin, fine wrinkles, and large eye bags, eyelid surgery gives the patient a more young and bright appearance, leaving them appearing refreshed.

In addition to making patients appear younger and more attractive, Asian eyelid surgery can be done to also enhance their vision. Patients with droopy eyelids, for instance, oftentimes have difficulty seeing effectively. However, with eyelid surgery it will significantly improve their eyesight.

What Does Asian Eyelid Surgery Entail?

In Asian eyelid surgery, incision and suture procedures are commonly employed to construct the eyelid crease.

An incision is made equidistant to the eyelashes, but slightly above where the crease will be created.  Extra tissue and skin are also removed from the eyelid during the procedure. The skin gap is then sewn together to make a scar that creates the crease of the eyelid. With this type of procedure, some swelling may occur for several weeks. In many cases, it may take a few months for the effects to become apparent. Some patients may even opt for Asian rhinoplasty surgery, if they are unhappy with the appearance of their nose.

This procedure is not as invasive and includes placing a sequence of stitches on the upper and lower eyelids to produce a crease that appears natural. The sutures are permanent and are buried behind the skin. This approach allows for a speedier healing time. Young people who aren’t currently wearing contact lenses and have less prominent eyelids are good candidates for this procedure.

Non-surgical methods can also be used to improve the appearance of your eyelids. Purchasing eyelid tape, in the same color as your skin complexion, can be used to construct the fold. You’ll also need to purchase some clear fibrous strips. They can be attached to your upper eyelid to create that crease-like appearance.

Why Would Someone Opt for Asian Eyelid Surgery?

Numerous people have Asian eyelid surgery for various reasons. Some people desire to have a similar appearance as a celebrity. Others may want to stand out from the crowd in their Asian country. Many Asians even believe that an individual’s physical appearance has some bearing on their achievement.

Most patients who have eyelid surgery do so to become more attractive. They believe that the procedure makes them look more beautiful and enhance their self-esteem as well as happiness.  Apart from the psychological and social advantages, this procedure improves the appearance of the eyelids and makes it easier to put on make-up. Overall, Asian eyelid surgery creates a much more “standard” shape of the eyes.

What You Need to Know Prior to Having Asian Eyelid Surgery

Please be mindful that you may endure considerable edema for the first week after surgery, if you go forward with the cosmetic procedure. This should be considered, if you don’t want anyone to know that you have had Asian Eyelid surgery. It’s also worth noting that the operation won’t make your eyes larger. Instead, it creates a natural-looking crease in the eyes to make them appear as if their larger and broader.

The following are some issues that the procedure corrects:

-Their eyes are small.

-Their eyelids are aging.

-Their eyes are noticeably smaller.

-Their eyelids have a hooded appearance.

Is Asian Eyelid Surgery Right for Me?

You may be a candidate for the procedure, if you are unhappy with your present eyelid or the shape of your eyes. You don’t have to be of Asian descent to get this kind of eyelid enhancement or correction treatment. You should consult a cosmetic surgeon to see if you’re a good candidate.

How to Choose Shoes That Are Correctly Sized for Your Feet

How to Regain Eyesight Naturally?